John White is a Rife researcher and inventor from New Zealand, now living in Nanjing, China. With a background in Electrical Engineering, Physics, and Computer Sciences, he has been researching and developing solutions to serious diseases since 2008. John specializes in Energy and Scalar Resonance Healing, Biofeedback and PEMF Therapy. With an insatiable desire for truth and knowledge, John has collaborated with other research groups to discover answers to health issues.

At the beginning of John’s career, the death of John’s grandparents influenced him greatly. He felt the helplessness of being unable to extend the lives of those he loves. The subsequent death of Peter Garbett, his teacher and mentor, brought focus to his determination to find a solution to illness.

The measure of a person is not what they own or earn. It is what they do. John was not rich in money terms, but was morally wealthy. His focus was not on profits. It was on people. He believes that sickness should not be a business, and restoration of health should be our primary objective. His vision was to provide people with all they need to take control over their own health.

Ironically, although John had designed and built a number of Rife machines, when his friend Johann Stegmann declared that remote treatment was not only possible, but a reality, John dismissed it as preposterous. So he carried out experiments designed to prove Johann was wrong.

To his astonishment, after a series of experiments, the results showed without a doubt that remote healing was more than suggestive healing or a placebo effect. In fact, they were so conclusive that he decided to develop a system that everyone could afford and use.

John went on to design a new frequency generator capable of handling the complex operations he planned for a new version of the control software – Spooky2. Except for Remote mode, he also designed other methods of delivering healing frequencies, including contact, plasma, PEMF, ultrasonic, etc.

Spooky is now the world’s best health treatment system encompassing many modes of treatment, local or remote. What started as a seed of an idea from one man has grown to become a forest of ideas shared by thousands.

The database in Spooky has grown over the years. John realised that success depended on having precise frequencies, so he collaborated with other researchers to calculate new frequency sets derived from physical dimensions and structure of the target organism or compound.

Three new database types were created; Molecular Weight, Base Pair and DNA. Each of these are regularly updated, providing the most comprehensive Rife database in the world. Collectively, there are now over 38,000 programs in Spooky2, and this increases with each new release. 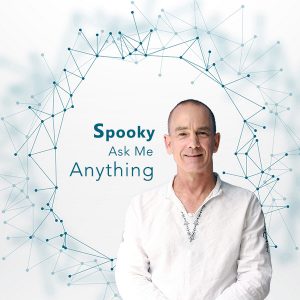 What is in Morgellons and Lyme Directory